Challenges Action: Kneel Highgarden and pay 1 gold to choose an attacking character. Stand that character and remove it from the challenge. 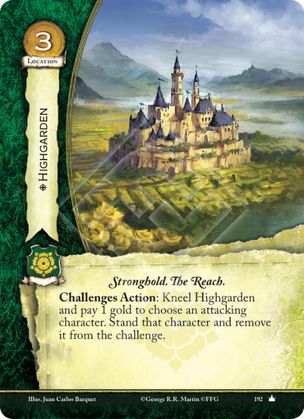 The "stand" part of the effect and the "remove" part are not dependent on each other (they're not tied by a "then"), so as long as at least one part can happen, you can trigger Highgarden. This means you can target an already standing character (like a Jaime that didn't kneel to attack, for example).