Blood of the Dragon

Each non-Dragon character gets -1 STR and is killed if its STR is 0. 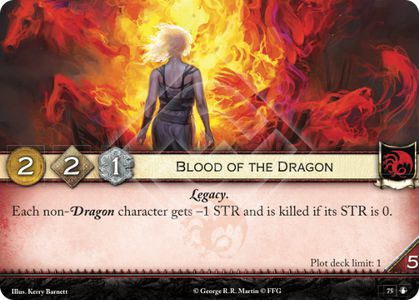 Blood of the Dragon's ability "kicks in" immediately, before "when revealed" plot abilities are resolved. So a 1 strength character like Lannisport Merchant will die and leave play before Marched to the Wall, etc.

Can a duplicate or Bodyguard save from Dracarys? No.