If you win initiative, you must choose an opponent to be the first player.

Marco Caradonna
Watchers on the Wall #47. 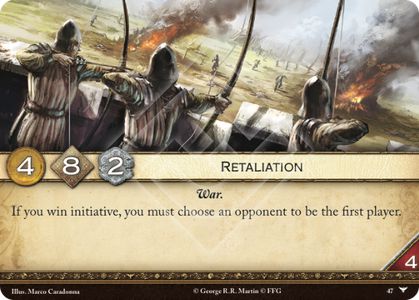 I love this card. This is another great defensive plot and it goes very well with a Night's Watch "Defend the Wall" deck. Why? A few reasons:

This card is a beast in Wall decks.