Reaction: After a character an opponent controls is killed, put it into play under your control. While that character is in play, treat its printed text box as if it were blank. At the end of the phase, if that card is still in play, place it in its owner's dead pile (cannot be saved).

Joel Hustak
Watchers on the Wall #50. 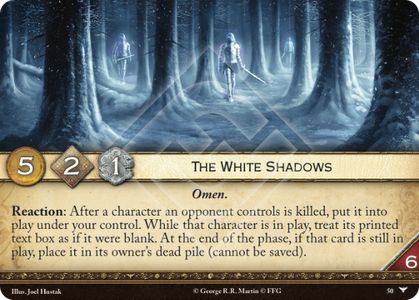