Reaction: After Ghost bypasses a character using stealth, that character cannot be declared as a defender for any challenges until the end of the phase.

"He's not like the others. He never makes a sound. That's why I named him Ghost." Jon Snow
Jacob Murray
Core Set #123. 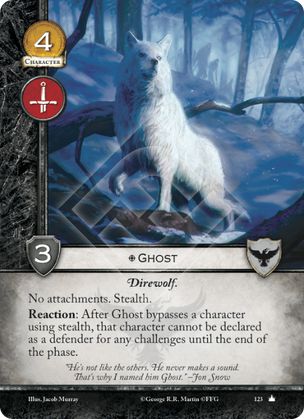 No review yet for this card.