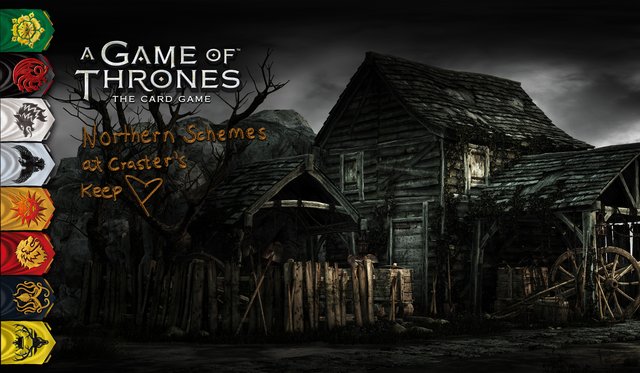 Before anyone is disappointed for not seeing anything about the deck here (which unfortunately didn't get running this time), there will be some info about it at the end of the post :)

Craster's Keep 2022 - There's been plentiful of people asking about real live events in Norway ever since I started to play this awesome game competitively (online in December 2020), so when we finally had a chance, we just had to make one :D

Location - Åkersætra - a wooden cabin camp in the hillside 50 minutes from Hamar. We went for something which we thought would be a bit different to other thrones events - having hilly terrain and ponds surrounding us, with possibilities to go on hikes on mountain tops close by. We had 13 people signed up for the event, 7 Norwegians and 6 foreigners. We would be having more, but due to a pilot strike which started a month before the tournament, prices on flights became totally insane, so we're hoping those who contacted us and were sad not to be able to travel will get the possibility in 2023 :) 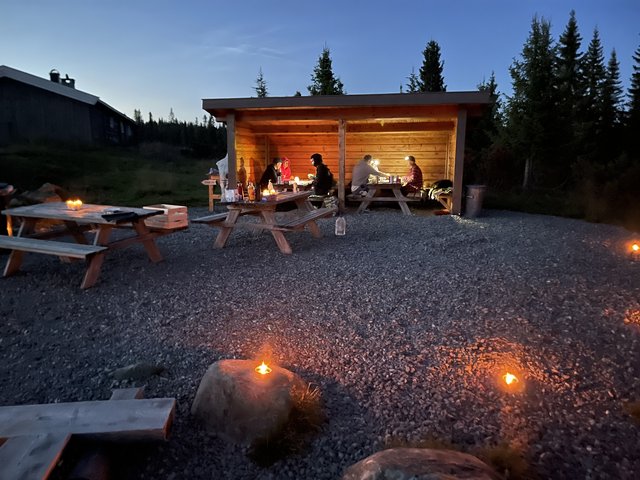 The weekend. We sent two cars to Oslo/Oslo Airport to meet the great guys which came to the Norwegian Nats, and me and Kristin got to know Connor <3 on Thursday, as he arrived one day earlier than the other tournament contestants, as he crashed at our place from Thursday to Friday :)

Day 1, Friday: Everyone arrived at Craster's Keep and started to get to know each other! Everyone seemed to enjoy the area and Martin pulled out Cockroach Poker and Skull which everyone found totally amusing :D

Tacos were cooked on the bonfire (we had a bonfire going at the camp area at all times, pictures of the event is found here)! and everyone was helping out with either showing newcomers around the camp or preparing food (while tasting akevitt and other cold beverages :D).

The day of the swiss!

We split up after breakfast on this day, as some of us wanted to check out a mountain called Tuva while the rest wanted to stay in the camp area, checking out the pond etc. So Jeff, Wesley, Kristin, Dennis, Morten (1 year old), Nero (10 years old labrador) and I went out on an awesome hike where the view on the top was only beaten by the amazing company we had on our hike! 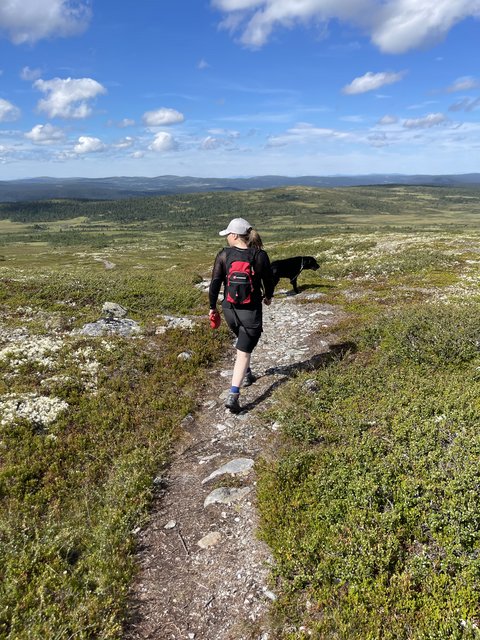 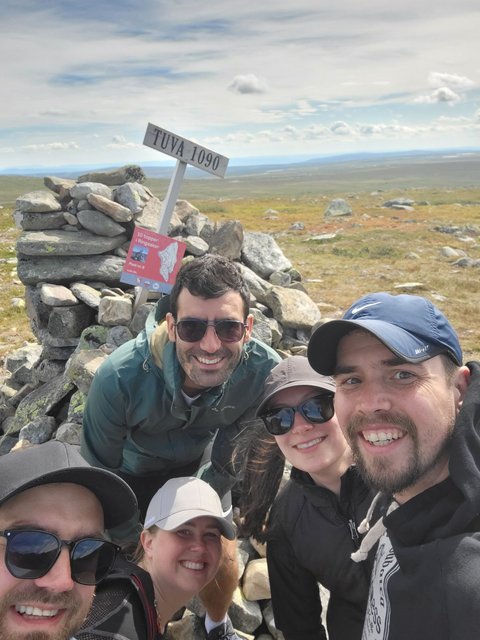 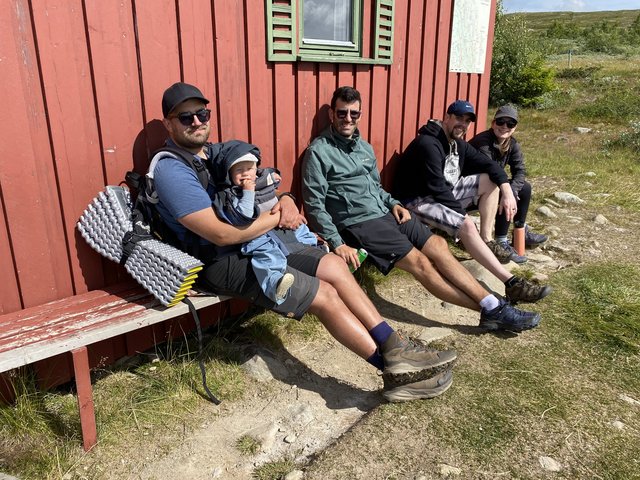 Master Cheff Elise was ready with the waffles when we got back down again from the hike, and we started preparing for the Joust. 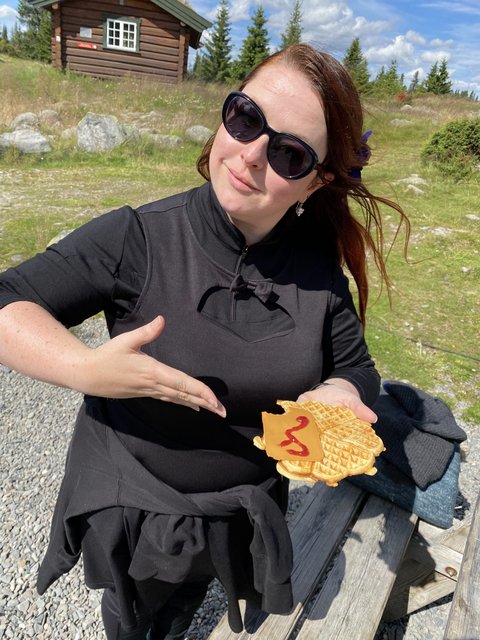 Scariest moment of the trip - Dennis fine-tuning his deck just moments before the tourney starts :D 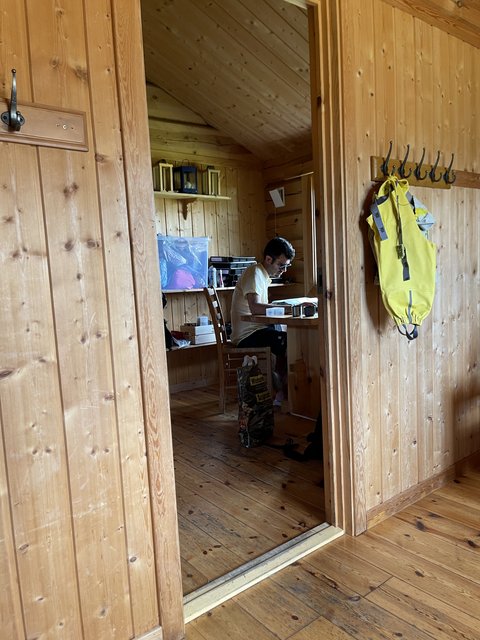 Favourites: The reigning champion Dennis was the one everyone was looking at as favourite to win the joust. Martin had also done his reps on TiT so he should also be considered a threat. My personal bet was that Jeff would have a strong run after seeing him in casual games on Friday. Just looked so solid everything he was doing!! 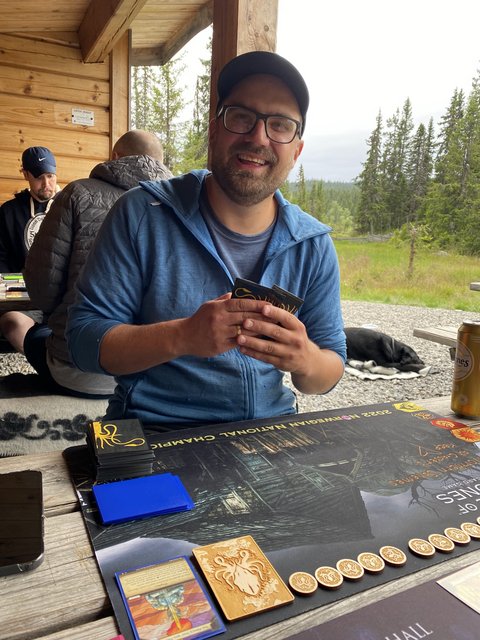 Round 1. BYE WIN - unfortunately we had a couple of players calling in sick before the joust, so since I won the Queenscrown Regionals I unfortunately had to collect my BYE (snikskryt der ja)!!! 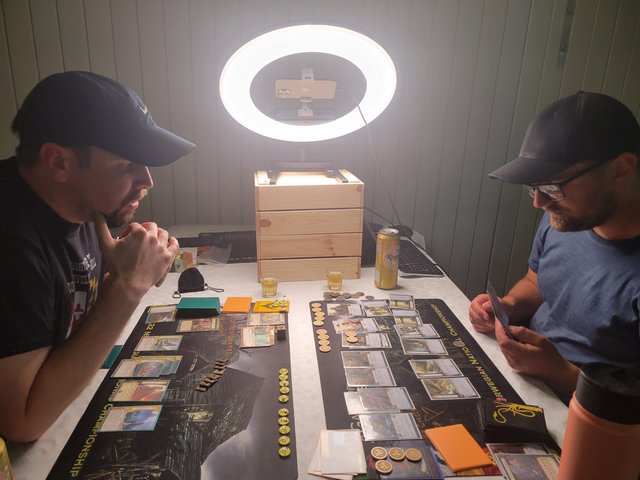 So, to explain the title above... The Norwegians got only one thing which can protect them from a Go Die Everyone Plot, and that is the water of life akevitt. So after filling up 3 glass of akevitt (Jeff's wife Wesley was watching our game), we had a discussion if we were going to take one akevitt after each reset AND soft reset :D For the record, Jeff's deck are filled with resets, so this game was fun :D :D

After seeing his style the day before, and hearing the struggle Lotte had against him in the first round, I was hoping I was getting a really fast start so I could win before he got going. I had a terrific setup and I was really hoping he wouldn't be able to kneel me out. Unfortunately for me, the Ikea set was there first round, so he had something to slow me down with from the get-go. I also did a mistake in the first round not triggering my Medium Boat (twice) :D From round two (which might be when I would need to win my games, at least not later than round 3) he knelt out my board and even got to re-play Lady "SIT DOWN PLEASE" later in the game to seal the win. Jeff played brilliantly, and the two powers I potentially could've gotten from my missplay in the first round wouldn't have mattered at all :)

I was really looking forward to playing Dennis, the one person I've been having most to do with in the thrones community. He even played in the first tournament I hosted :D

The joust was played inside the main cabin with the option of playing outside. We looked at each other and just "yeah... we're playing outside"! Both had pretty fast decks so we might have chatted more than we played, but Dennis cancelled out my good start and was never really threatened. We ended up playing to time and I think it ended 15-1/2 or something like that, as I only managed to prolong the game for a couple of more rounds before the inevitable loss was a fact after we actually played almost to time :D

Round 4. Loss vs Paul Assault from the Shadows. Battle of the akevitt v.2

Round four I played against this gorgeous man! 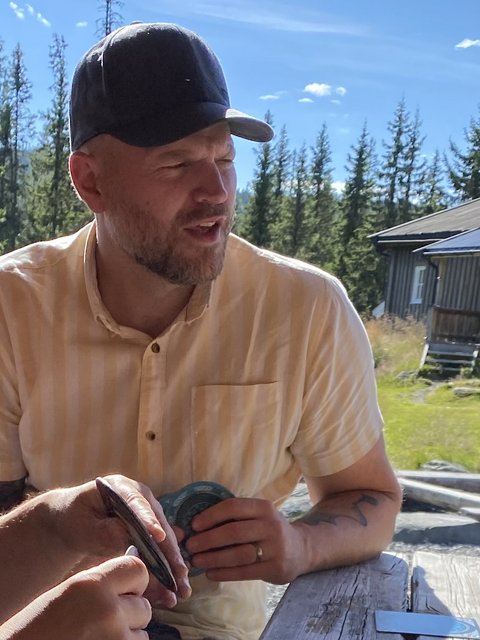 I got one American, one German and one British player who all played different decks, so I was really happy that the draw gave me these guys (although the results do not say the same ;) ). Paul has never played in a competitive tournament with real cards, so in that regard, he was as inexperienced as the rest of the Norwegian meta. In this game, both players made some massive mistakes (yes, there were some resets which warranted a akevitt or two) and Paul ran away with it in the end to grab his second victory in the swiss :)

Result wise it didn't end well for me and my deck, but I thoroughly enjoyed playing all my games and am really looking forward to the next tourney. 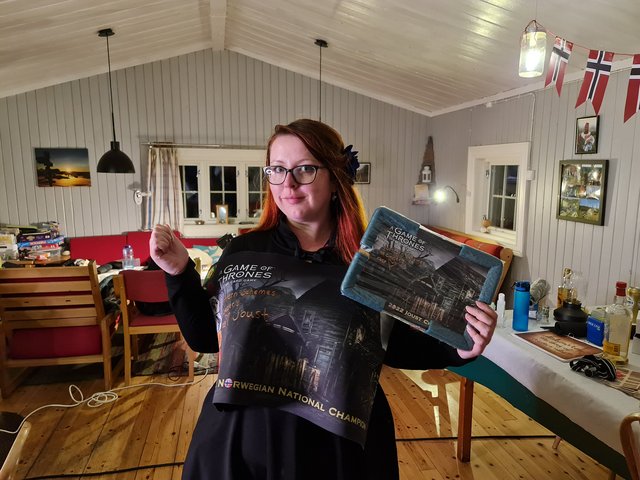 After four good rounds of swiss, we had our semi finalist in Elise vs Connor and Dennis vs Jeff. Elise and Dennis won their semi finals and Dennis got the chance for a rematch against the Queen of Swiss in the final.

The final was a good one, and yet again Elise went ahead and managed to close it out with her key characters on the board :) Elise played tremendously all day and is our new Norwegian National Champion and earned a BYE win in the next World Championship :)

Maybe the most iconic moment of the weekend! Leo handing Martin the Sansa prize! (Sansa prize is a picture of Lazy Leo). Martin was brilliant all weekend with coaching games, helping out with deck building for others, handing out helping hands all over to make everyone feel welcome at his table, be it melee or joust. Brilliant player, even better human being <3 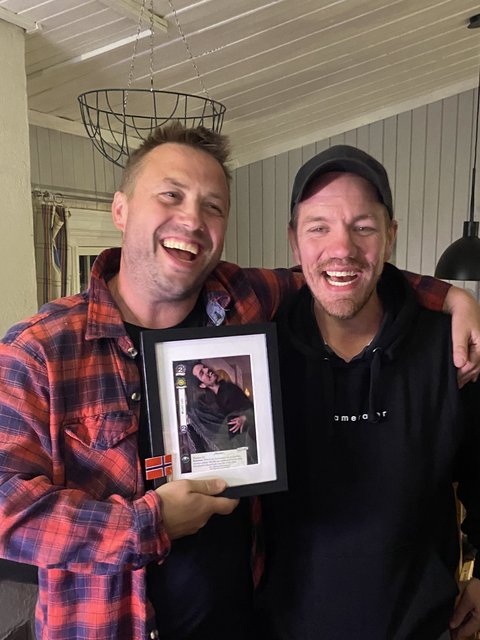 So to my deck. It got a real beating in this tournament, but it's fun to play + that it's competitive. Not Tier 1 by any means but solid enough :) It's a heavy rush style deck which should be able to win in round two. I don't want to play more than three rounds (and realistically win the game) and it got some tricks to achieve a fast win.

Key Cards: Balloon just great for unopposed + will do dmg with Attachment Kraken. It can also be put on Esgred which is my favourite card in this deck (double stealth, soo fun :D)

Theon Greyjoy (TFoA) will almost certainly win a challenge, and more than likely it will be unopposed. Attack with him first to get him down to 1str to keep possible defenders at a minimum :)

The Kraken's Grasp - Ideally, you want to be first player almost every single round. Except maybe first round if you don't have any Intimidate/Insane Boat combo to intimidate a couple of characters at least. Victarion Greyjoy (LoCR) and Erik Anvil-Breaker will provide the intimidate (remember that Erik stays knelt if you don't stand him in the challenge with Insane Boat

Relentless Assault is a card that could be 2x instead of 1. It's another surprise which can give you the added power you need to finish the game early :) Suggested changes: Restricted card was You Win Or You Die for this one. This could easily be either Alannys or maybe even better Boss Asha to get that superb Insane Boat interaction going! Erik Anvil-Breaker did nothing for me in this tournament, so could be dropped. He is a strong 2 cost character which you unfortunately get only one usage maximum out of (it has won me games, but not often). The Seastone Chair is strong with Esgred, but not without. And you'd prolly want some faster cards instead - Superior Claim can get more copies :)

People were really looking forward to a relaxing day, so we brought the paddles and Life Jacket (which Wesley and Jeff renamed Beer Holders) and went off to the pond to get out there in the canoes or just to swim. It was terrific weather and we stayed there for slightly too long, so we had to postpone the Melee first round with at least one hour because of lunch :D 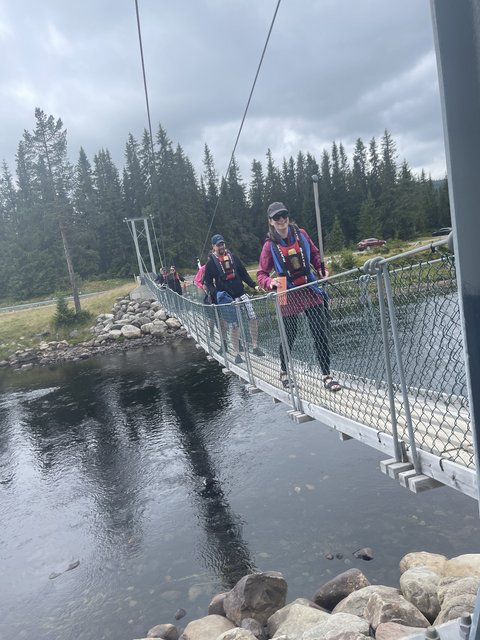 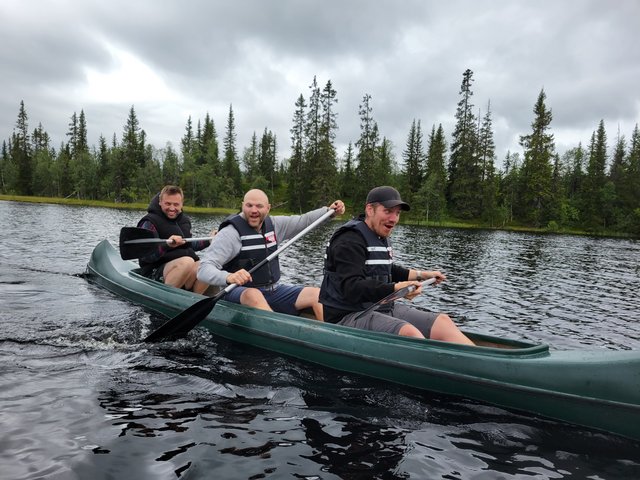 Melee was really fun and something completely new to me. I got introduced to it for real on Friday evening, and the talk around the table was amazing. Unfortunately I used all my energy to try to figure out everything that happened, so I'm not yet a table-talker like brilliant Martin, but I hope I can contribute more at Craster's next time <3

My tournament run here was again a rather poor one :D I miss-played soooo badly when I forgot to cancel (with Drowned Fantastique) Connor's Meera when my 1 Akevitt-Varys should've cleared the board, so I was out of it, and had to sit on the sideline watching the final :)

The Melee final was an interesting one, as there were two titles on the line - Melee champion and Overall Champion. Dennis needed to be at least third to become Overall Champion so in the last round his actions would in fact choose who won the game. Dennis let a dice decide what he should do in the last round, and it ended in favour of queen of the Fat Cat Kristin/Nevja Melee Champion of Norwegian National's Craster's Keep 2022. 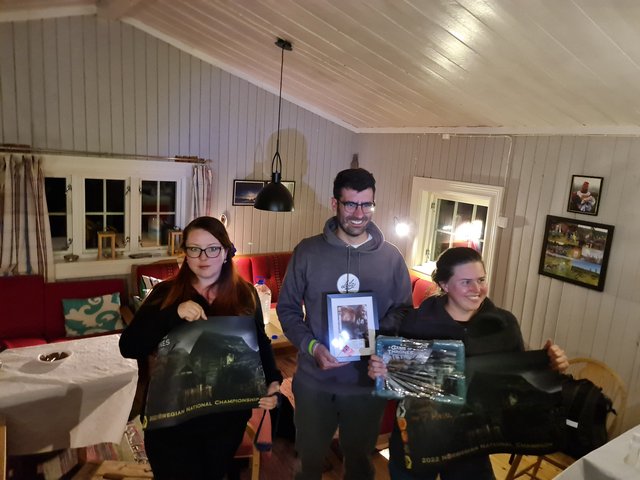 Thank you for a wonderful time at Åkersætra, hope to see all of the guys next summer as well, and hopefully a bunch of others that would be interested in a tournament like this. Join our discord channel to get news and updates on when the event will be scheduled for next summer!