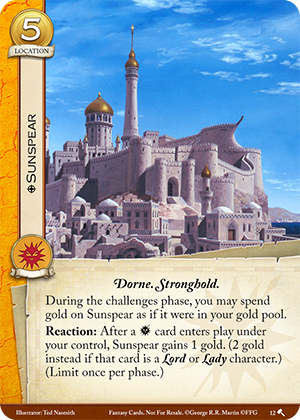 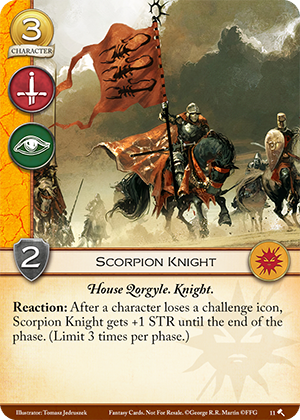 Odrl 1159
Just to add to that, this particular ruling is "official". Since "losing an icon" is a triggering condition that was never used previously, it was discussed between the GOT and the Design Team, and it was ultimately decided that the reaction works any time an instance of an icon is lost. That means it works even if the character still has that icon after the effect in question resolves, or if the character never had that icon in the first place. This also sets a precedent for any other reactions to a card "gaining" or "losing" a characteristic. — Odrl 4/29/22 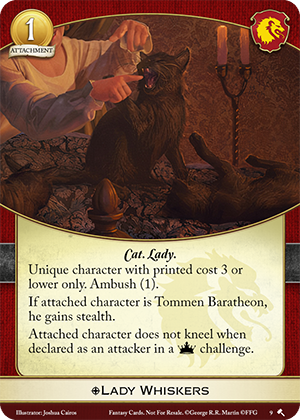 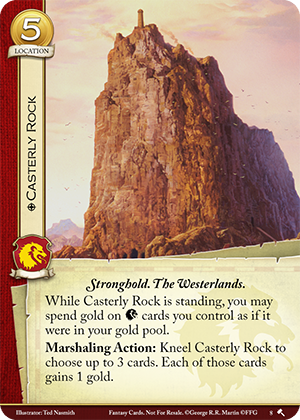 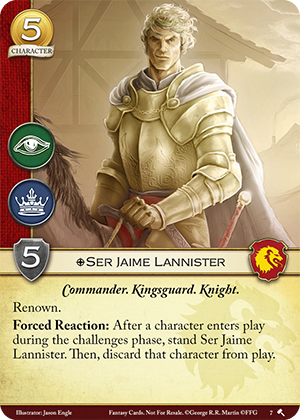